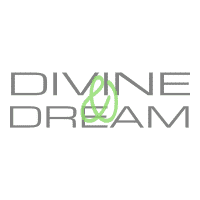 Our strategic location will unlock your way around Zakynthos Island

IN A HEART OF ZAKYNTHOS

Divine & Dream Luxury Villas is located in a village Pantokratoras Laganas that is about 2 km away. The village is small and peaceful  however some of the most well known resorts are located nearby. You can opt for Laganas if you are looking for something more lively as the area is known for its bustling nightlife Or, if you are seeking a more scenic resort why not visit Keri Lake that is about 7 km away and offers a couple of pebble beaches and selected traditional taverns and shops. Whatever you decide you should definitely visit the Keri Caves and Turtle Island  Marathonisi and get the chance to see the famous Caretta – Caretta Turtle.

We are on Pantokratoras Laganas, Zakynthos

The third largest of the Ionian Islands, Zakynthos is one of the most tourist islands of Greece. Over one million visitors each year rest in one of the hundreds of accommodations or explore the remote corners.T he mass tourism, which dominated the south and the center of Zakynthos, is much less present to the mountains of the western and northern areas of the island. Here, for the time being, the last genuine elements of nature and civilization of the island of Zakynthos survive. Caves, canyons, old monasteries, thousands of wells ,and deserted bays are hidden behind tourist bus tours. Small paths lead to cave-chapels, country churches, forgotten springs ,and unforgettable historical sites of the island

WILL PICK YOU UP FROM THE AIRPORT

We provide private service to pick you up from the Airport. Let us know when you arrive and we can make it happen, it’s no big deal, really!